Restoring the Spice of Life

South African food culture demands flavour. Therefore, we think it is safe to assume almost every household in our vibrant country has a pantry shelf or cabinet dedicated to spices. The intense aroma and flavour of spices like cumin, turmeric, and cayenne pepper add an awesome sensory experience to every dish they complement. An ancient form of Indian traditional medicine known as Ayurveda has emphasised both the flavourful and healing components spices naturally contain. Spices are therapeutic to the healing process of the body. BodiCafé would like to re-introduce you to common pantry staples and the healing effects they offer.

Tumeric:
This spice is used all over the world for both its medicinal and culinary properties. Turmeric is closely related to the ginger root family, harvested as a root and dried to create its powder. Its rich pigment permeates curries, rice and potatoes with vibrant colour. The flavonoid responsible for turmeric’s pungent flavour is curcumin. Curcumin is able to assist to detoxify the liver, reduce unhealthy cholesterol levels, improve immunity against allergies whilst supplementing the digestive process. Curcumin functions primarily as an antioxidant in the body inhibiting the damage of unwanted free radicals. Turmeric is the pot of gold of spices. Its nuanced flavour elevates dishes and adds amazing nutritional benefits to any meal.

Cummin:
Cumin is often used in Middle-Eastern and Indian cuisine. This spice is unique in that the whole seed and the powdered form can be used in cooking. It is absorbed by the body as a cooling spice, flushing out toxins and working to gently stimulate digestion and facilitate optimum absorption of nutrients. Cumin is wonderfully aromatic and its savour permeates well when sauteéd or dry roasted into dishes. Cumin adds a flavour to any meal that is unmatched. Use in roasted veg or potato dishes, biryanis, steamed rice, soups and stews.

Fennel:
In India, it is common practice to eat a few fennel seeds once a meal is finished. Fennel complements the digestive process well. The seeds can be sauteéd in cold-pressed oil and added to a variety of dishes. Do not sauteé the seeds for too long as they tend to burn quickly. Allow the spice to release its aroma into the oil and remove from heat. It has a mild sweet taste that enhances flavour without overpowering a dish.

Cayenne:
Cayenne pepper contains a chemical compound called capsaicin. Capsaicin is what causes the burning sensation we feel in cayenne. It is also the reason behind its healing nutrient properties. Cayenne pepper is an inflammation fighter, assists to increase circulation, metabolic rate and works to balance an unstable appetite. Cayenne can be used in combination with lemon and ginger to boost immunity and reduce symptoms caused by colds and flu. With this spice, a little goes a long way. Use to garnish meals rather than cook with it. Its flavour profile is much better enjoyed as a subtle addition to a dish.

Ginger:
Ginger (a relative to turmeric), has been used universally for many years as a remedy for nausea and indigestion. Raw ginger root can be added to fresh-pressed juices or used in powdered form in curries, for a gentler alternative to cayenne or chilli flakes. Ginger contains a huge anti-oxidant profile. This plays a role in blood cleansing and glucose control by activating the cell receptor’s functionality to absorb insulin. Ginger may assist in treating the symptoms of a variety of lifestyle diseases. Ginger has the subtle burn of chilli, the freshness of mint and the flavour of garlic. It is a delicious spice eaten raw or used in powdered form when cooking.

Garlic:
You can never have too much garlic! Kidding. But seriously, this spice has outdone itself on every level. Garlic is related to the onion (allium) family and has very similar properties to that of shallots and leeks. Its potent aroma and mouthwatering taste are not the only indicators of its allium relation. Garlic contains various nutrients, the most abundant being vitamin C, B6 and manganese. These nutrients are essential to immune functionality, combatting the effects of colds and flu. It also contains chemical compounds that are activated when it is peeled and chopped. When eaten raw or sauteed as the chopped clove, garlic enters the bloodstream and stimulates circulation. Increased circulation transports the nutrients garlic offers quickly and effectively. A garlic clove a day may just keep the doctor away. Garlic powder adds a wonderful flavour to any dish and will definitely have you coming back for more.

Cinnamon:
Research has shown cinnamon to be especially useful in managing blood sugar, cholesterol and insulin absorption. Cinnamon is made by grinding the husk/stick of cinnamon into a fine powder. Unlike many spices, cinnamon’s flavour is only enhanced by the drying process. It is both sweet and spicy with a gritty texture. This unique flavour profile makes a great addition to breakfast bakes (such as millet or oatmeal), pancakes, curries, baked goods, desserts and homemade teas.

Spice for Thought:
Spices aid the bodily organs in recovering from (and may even eliminate) the harmful effects of free radical damage. Inflammation and indigestion are major signals from your body that something is amiss. Spices naturally work to counteract the cause of inflammation and indigestion in the human body. Every meal in which these spices are included is a step toward restoring life and health from within. 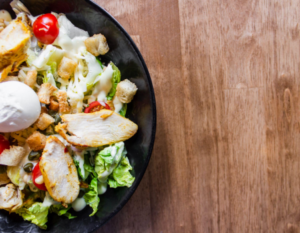 3 Vegan-friendly recipes you need as a flexitarian 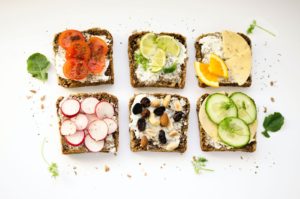 How to get started on vegan-friendly meal-prepping

Wholesome, healthy living is now simply a click away! We’re here to show you that living a healthy lifestyle can be fun and rewarding for the whole family. 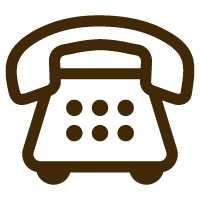 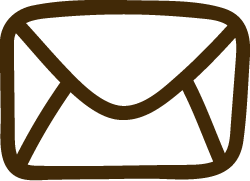